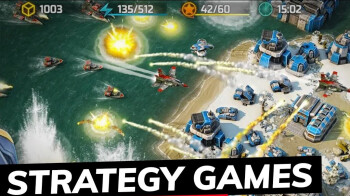 The strategy games cover a spectrum as wide as the rainbow. An important part of that spectrum are real-time strategies and in this article, we’ll take a closer look at some of the best among them.

We’ve assembled a bunch of interesting mobile games for you, so stick around till the end, so you can pick your favorites!

Now, let’s get to it with our first title of the bunch! 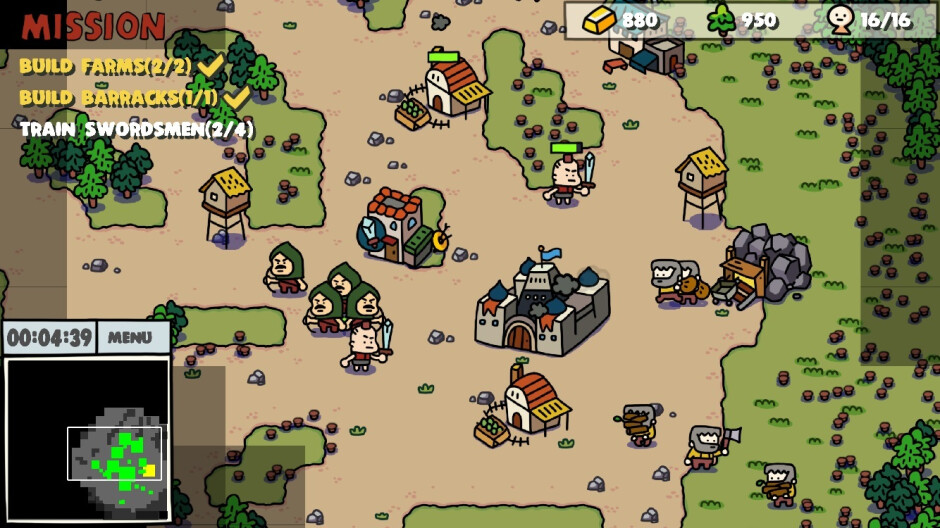 Cartoon Craft is what you’d get if you mix Blizzard’s WarCraft 2 and the drawing style of Carbot Animations. The classic Orcs vs Humans theme has been spiced-up with the addition of zombies for some extra fun. Naturally, the game isn’t taking itself very seriously and has a good amount of humor sprinkled around. In terms of gameplay, it’s exactly what you’d expect: make units, collect resources, build up your base, make more units, kill your enemies. Sure, it costs $1 but Cartoon Craft is bound to bring you more than a dollar’s worth in entertainment. 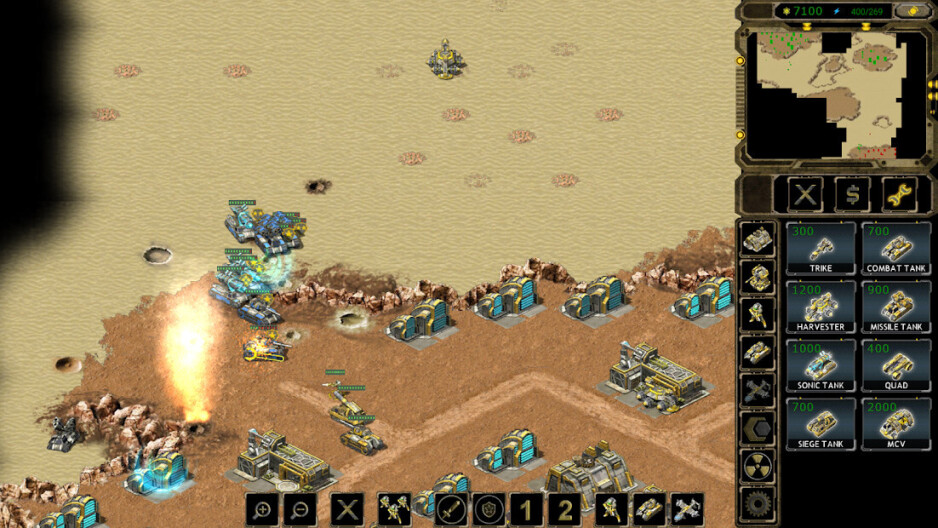 As the name suggests, the action in Expanse is taking place on another planet. The game’s graphics are a throwback to the original StarCraft and so is the overall feeling of the game. Don’t expect the same level of depth and diversity, however.

There are three different factions to choose from, but in this game, they’re all human and thus look pretty much the same way. It’s not the most exciting or fast-paced game, but if you’re looking for something traditional, Expanse will strike the right nostalgia cords, that’s for sure! 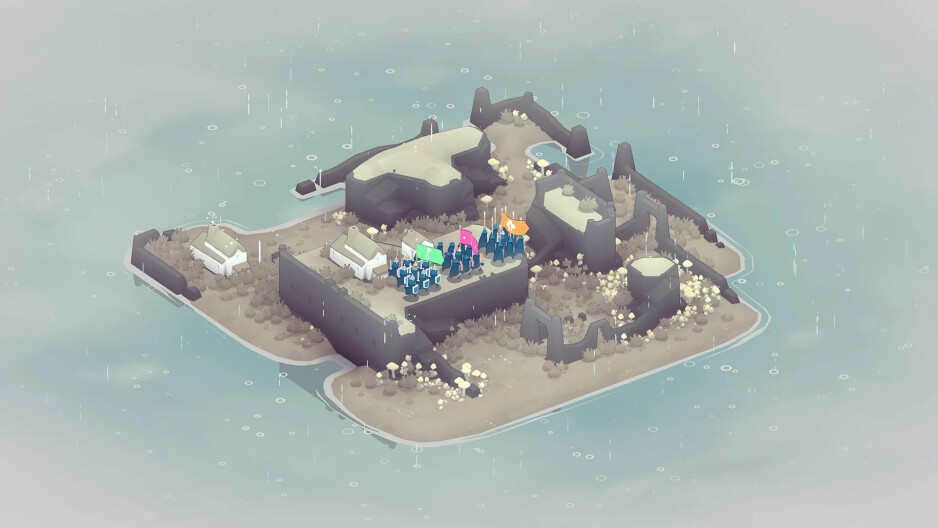 Bad North is a simple game in concept but it can easily lure you in with its cool visuals and entertaining gameplay. Your mission is to protect your tiny island from invading vikings, using the layout and terrain characteristics of the landmass to organize your units in the most effective way possible. Islands are procedurally generated, which basically means there’s an unlimited number of them as the game creates one for you within predetermined parameters. That boosts the game’s replayability quite a lot. The controls are intuitive and easy to get the hang of, so you’ll be able to play effortlessly for hours. 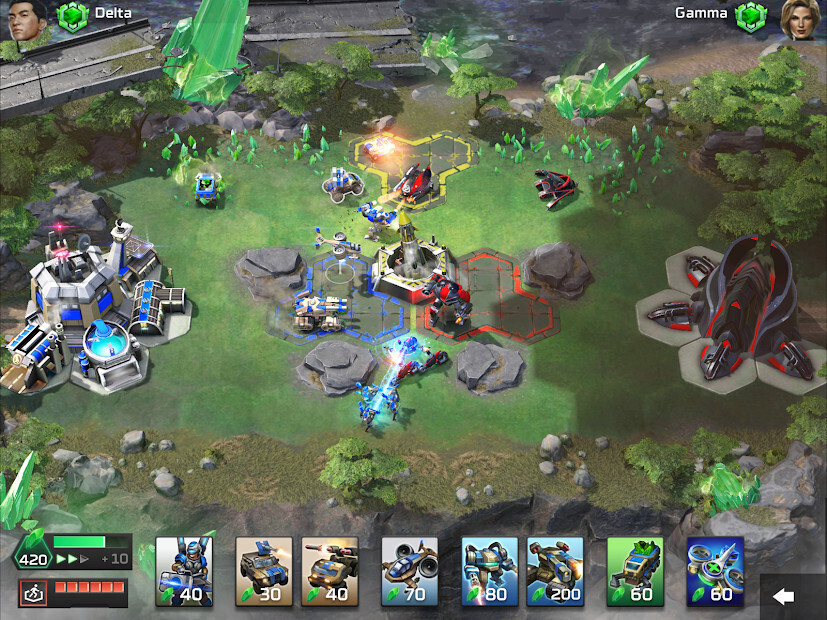 Command and conquer is one of the most popular real-time strategy franchises in the world and Rivals is a unique twist on the typical gameplay that’s meant specifically with mobile in mind. It removes a ton of elements like scouting the map and expanding bases, focusing instead only on the battles.

You’re placed in a small arena, where you’re fighting against another player over the control of three key points. If your units are dominating over at least two of them, your opponent’s base will soon be nothing but rubble. Micromanaging units and picking the right lineup at the right time is what matters most in Rivals. The rounds are quick and fast-paced, perfect to fill a few minutes of downtime. 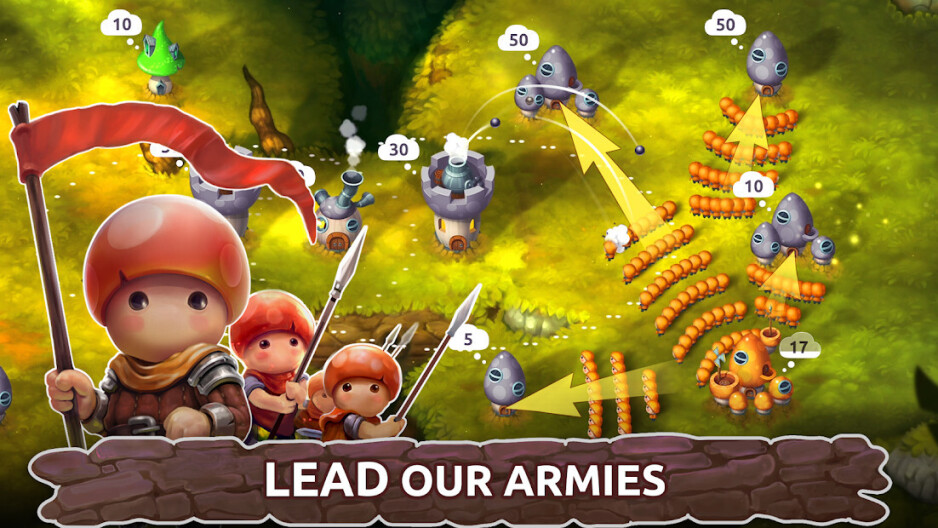 Finally, a game that doesn’t include tanks and other heavy machinery. Mushroom Wars 2 is all about your macro strategy rather than controlling individual units. Direct your legions of mushroom warriors to slowly take over the map and the win is yours. That’s easier said than done, however. Your opponent might be a sneaky snake himself and trying to execute a strategic move you’ll never see coming. Actually, you will see it coming but it might be too late to counter it.

Mushroom Wars 2 has a cool and unique design and fun gameplay that will have you hooked for hours. 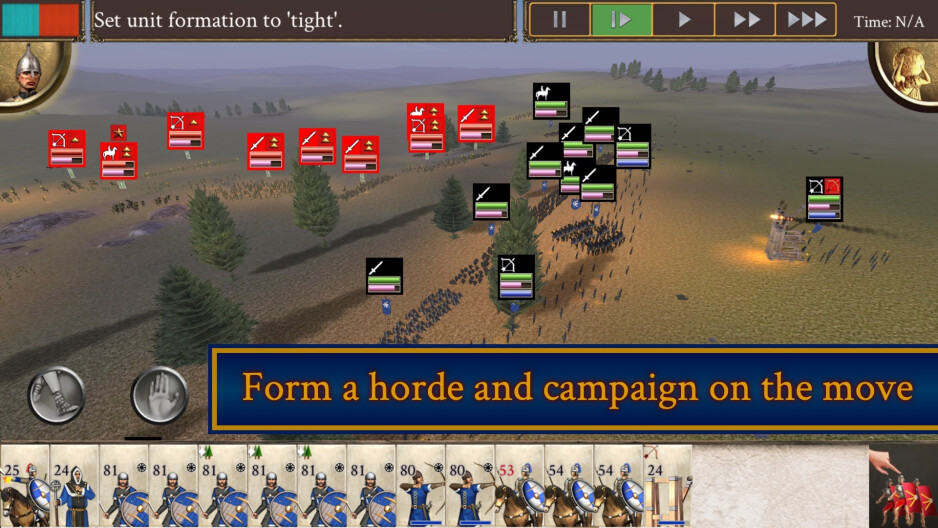 We can’t talk about real-time strategy games without mentioning a title from one of the most popular franchises: Total War. The premise of Rome Total War: Barbarian Invasion is quite simple: the barbarians are invading. As they tend to do. You can pick one of 18 factions and either try to sack Rome or prevent that from happening. As with all Total War games, Barbarian Invasion let’s you move armies around the map turn-based style and then jump into the role of a military commander when your units encounter an enemy force. That’s when the real-time strategy comes. And in Total War, you’ll have to be sharp and quick when deploying your units around the battlefield or you might suffer terribly.

Sure, this type of game might not be best suited for a smartphone screen but the developers have done their best to make the controls as good as possible. If you find yourself with plenty of time to kill and only your phone to do it with, the $5 investment will be more than worth it. 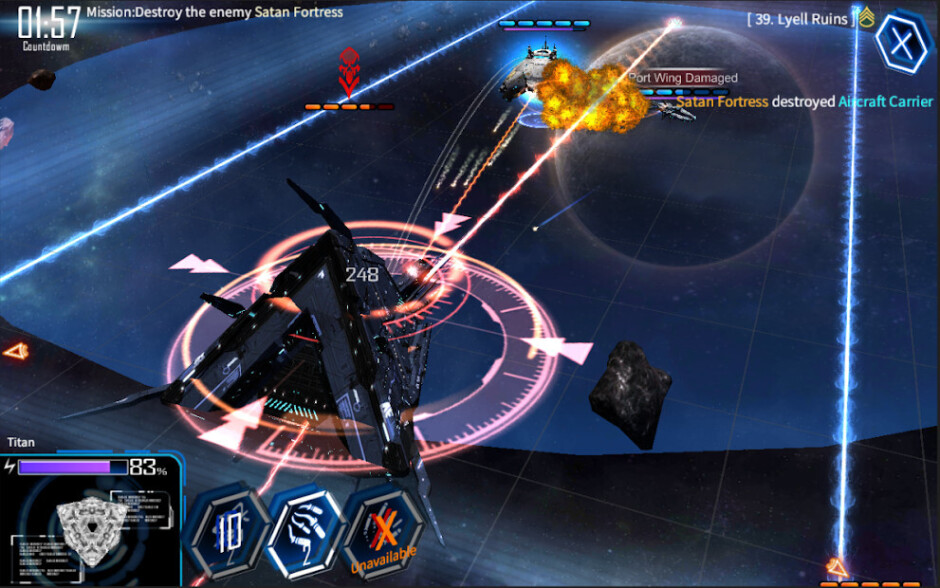 Back to the sci-fi stuff, but in Galaxy Reavers, the action takes place in space itself. The game is reminiscent of the popular MMO Eve Online but it’s much simplified and with a big focus on exciting battles between cool-looking space ships. You can assemble a fleet of ships from any of the 8 different classes, each with its own strengths and weaknesses. With enough resources, you can then upgrade each craft with the equipment that will fit your playstyle best. After that, it’s time to start conquering star systems!

Galaxy Reavers’ epic scale and visuals make it one of the best space real-time strategies for mobile right now. 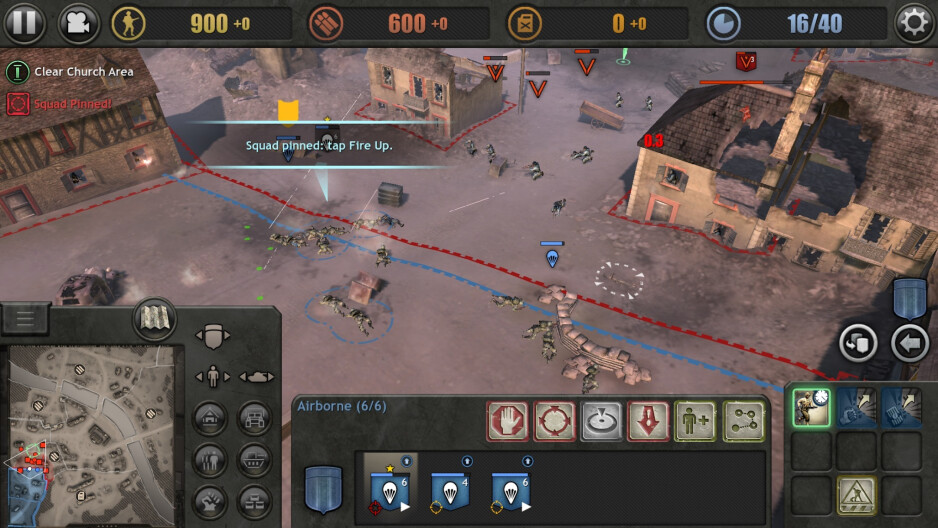 As you can tell from the price, Company of heroes is on a whole other level compared to most other games on this list. It’s an RTS based in World War II where you get to control various units, from infantry to tanks, on intricate and beautifully designed levels. The graphics quality is as PC-like as you can get on mobile and so is the overall depth of the game. And while it’s pricey, at least you won’t have to worry about ads and annoying time-locked upgrades or in-game purchases. If you’ve been enjoying WWII games on your PC and want to go mobile, Company of heroes is pretty much as good as it gets. 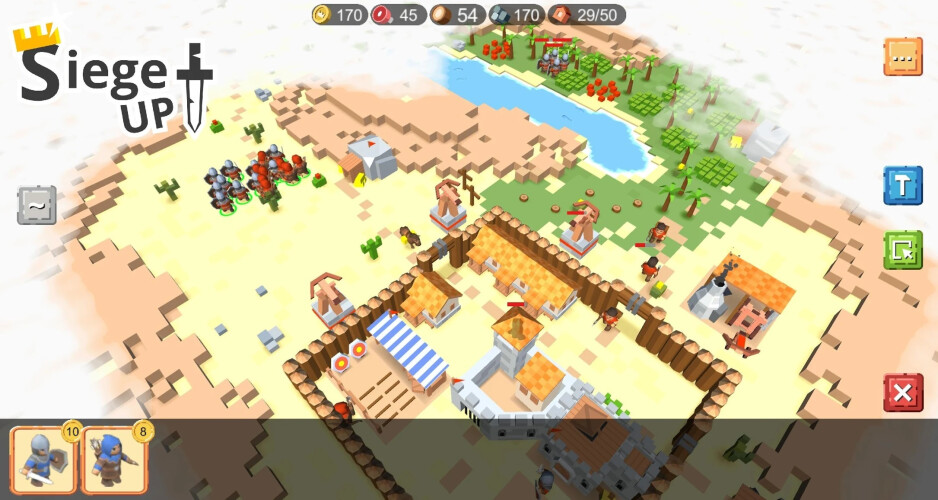 Siege up! is a brand new addition to the world of mobile RTS gaming. In fact, to play it on an iPhone, you’ll have to download it through Apple’s TestFlight program for early access software. The gameplay is straightforward enough: you attack enemy fortresses or defend your own. You expand your base with the necessary buildings and train the units you’ll need to accomplish the task at hand. The graphics are blocky but in a nice way, the overall design is enjoyable enough. The game also includes a level editor which lets you create your own maps and test out your attack or defence strategies in a number of new scenarios. 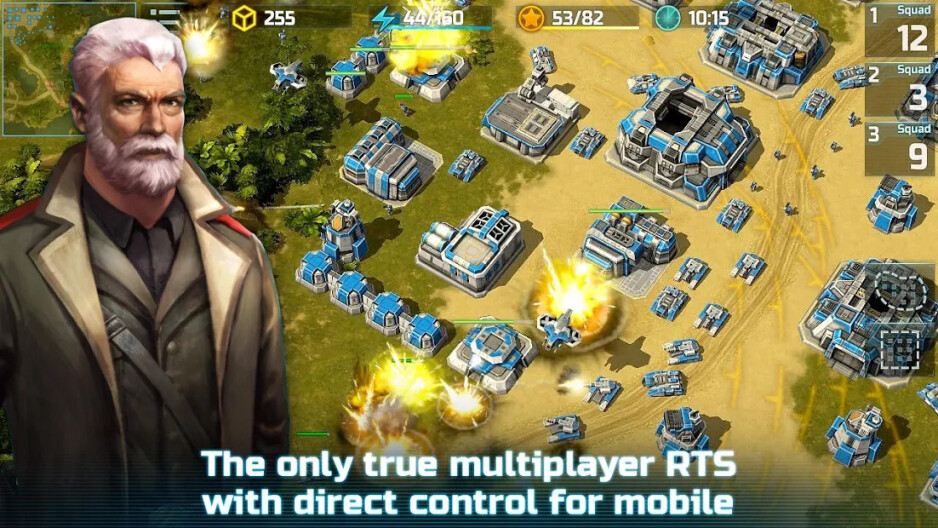 And lastly, we have Art of War 3. This is probably the most polished and well-designed real-time strategy game for smartphones. The visuals are clearly not meant to be realistic, but they’re eye-pleasing nonetheless and the effects are on point. You get a great variety of buildings and units and you get to control every aspect of your playstyle just like you would on an RTS game made for PC. The interface is intuitive and easy to use: no tiny icons that are hard to press in the chaos of the battle.

Off the battlefield, there are plenty of decisions to make as well. From the course of your campaign to the upgrades you can make to your units, it’s all in your hands.

Art of War 3 offers the most comprehensive real-time-strategy experience for mobile and it’s a blessing that the game is free to play. 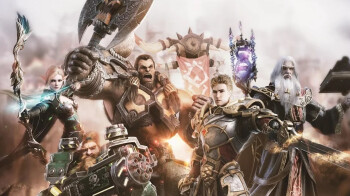 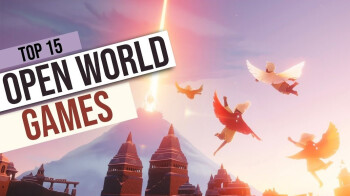 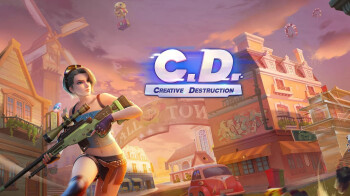 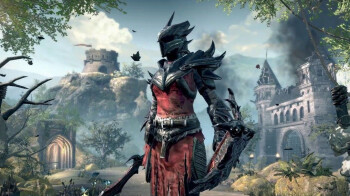 Top 10 games with BEST graphics for Android and iOS