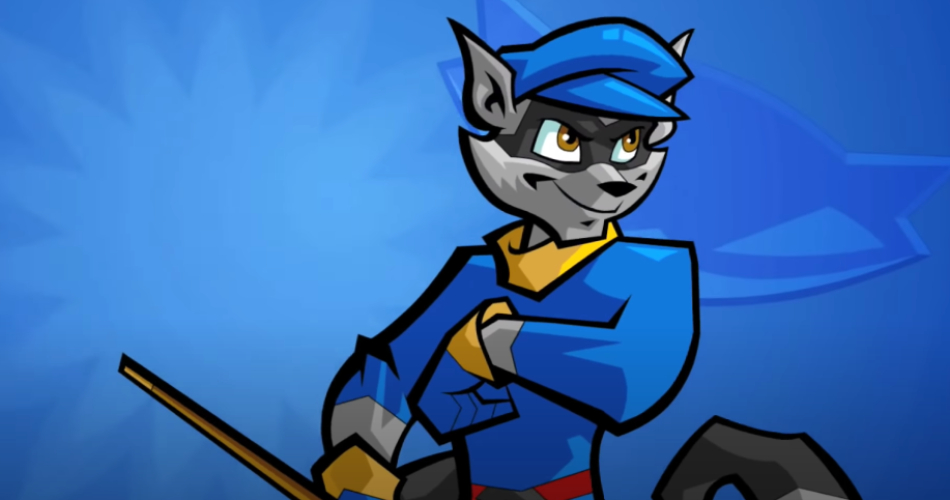 Sucker Punch’s recently released open-world title Ghost Of Tsushima has become a huge hit and the game includes a startling reference to one of the development’s studios most beloved franchises; Sly Cooper.

In Ghost Of Tsushima, players can unlock a special Sly Cooper trophy by collecting three distinct armours, dying them, and wearing them all at the same time to create a Sly Cooper cosplay. The costume is coloured blue and yellow like Sly Cooper’s outfit and the Crooked Kama headband even features the famous Cooper Clan cane.

The Japanese-based video game and the Sly Cooper-themed costume and trophy has sparked a renowned interest in the classic PlayStation 2 trilogy and PlayStation 3 sequel, and many fans are now looking back fondly on the series and clamouring for more Sly Cooper.

For those that don’t remember, the Sly Cooper franchise consists of three main PS2 titles by Suckerpunch Productions; Sly Cooper And The Thievius Raccoonus (Or Sly Raccoon outside the USA), Sly 2: Band Of Thieves, and Sly 3: Honour Among Thieves. A fourth game titled Sly Cooper: Thieves In Time was developed by Sanzaru Games and released for the PS3.

The main trilogy was remastered for the PS3 and the collection along with Thieves In Time can all be played on the PS4 via Sony’s cloud gaming service PS Now. The main question, however, is whether the original games should be remastered for the PS5 or whether a completely new game should be made for the next-gen console.

The last few years have seen a rising trend in the number of video game companies releasing remastered or remakes of classic video games, many of which are platformers. In the last two years, Capcom has released hugely successful remakes of Resident Evil 2 and 3, and we’ve seen the release of a remastered The Elder Scrolls V: Skyrim.

More importantly, there have been several remakes of classic platformer games have also been released including Crash Bandicoot N. Sane Trilogy (Remakes of the first three Crash Bandicoot games), the Spyro Reignited Trilogy (Remakes of the first three Spyro games), and a remake of Medievil. The N. Sane Trilogy sold more than 2.5 million copies within its first three months of release, was the best-selling game for eight consecutive weeks in the United Kingdom, and was the second-best-selling game in its first month in the United States.

All of these remakes, particularly the platformers, proved to be hugely successful, showcasing that there’s still a space for platform games. This is further proved with the anticipation surrounding the release of the upcoming Crash Bandicoot 4: It’s About Time and Ratchet & Clank: Rift Apart games, the latter of which currently has over 4,000,000 views on its announcement trailer on YouTube.

Platformers were incredibly popular throughout the PS1 and PS2 console generations but seemingly disappeared somewhere during the PS3 generation as developers turned towards more serious story-based games. However, gamers have made a u-turn at the end of the PS4 generation and have shown that they want more platformers.

One of the reasons Sly Cooper was so well received was its characters; they were fun and each had their distinct personalities. Throughout the franchise, the characters grew and overcame obstacles to better themselves. We saw Bentley grow from a frightened turtle to someone who helped break his friends out of jail, we saw criminal and former enemy Dimitri align with the Cooper Gang to stop greater foe and rectify past mistakes, and we saw characters set aside their differences to come together and create a family.

What also made the characters so great was that they played so differently from each other. While most of the characters couldn’t beat Sly’s agility and masterful thief moves, it was fun to play as Bentley and use various gadgets to help him navigate the treacherous environments, and it was thrilling to run into fights fists-first with Murray.

The game was simply fun to play. The world, although colourful and filled with anthropomorphic animals, was sometimes deadly and dark, and the franchise wasn’t afraid of touching on the sensitive issues of loss, death, hate, and guilt, particularly for a children’s game. It was refreshing at the time as many platformers back then skipped over darker topics and continuity between games, or at least they didn’t incorporate it into sequels as much as the Sly games did. 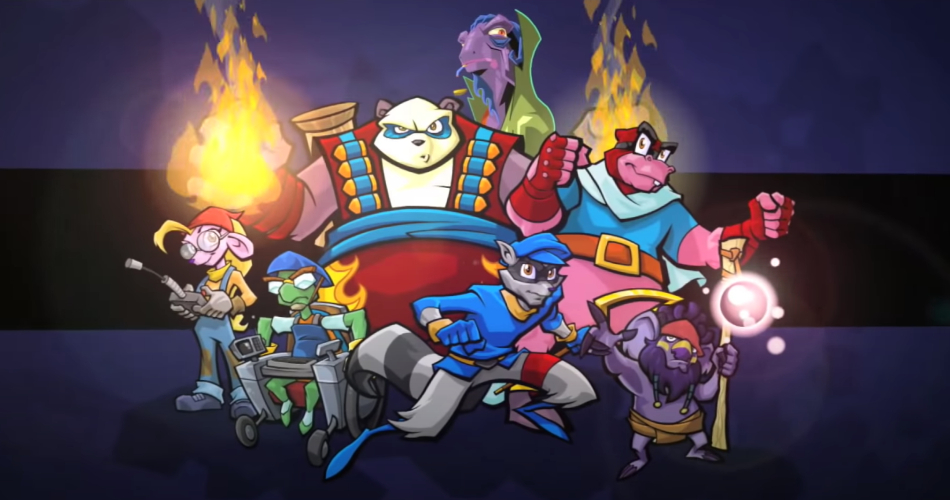 The Sly franchise should return, for those reasons and more. We need friendly games which aren’t afraid of touching on sensitive topics but aren’t enshrouded in blood and gore, we need simple but fun gameplay and tightly written storylines with loveable characters.

A new Sly Cooper game can bring all of this and while a remaster of the original games would be great, it’d be even better to see a brand new adventure involving the franchise’s characters. With Ratchet & Clank: Rift Apart set to launch on the new PS5 console and an entirely new generation upon us, what better time to release a remaster or a brand new game?

Login to vote this up!